Dear oh dear. We got well and truly done yesterday. It started with a shocking error of judgement by Kaito who, rushing out of his area to prevent a ball going out for a corner, only managed to knock it to Okubu. He calmly stroked it home to open the scoring. Ghotbi slammed the mistake as something he'd expect from the youth team.

With all said and done, it was a poor performance, but if we could play the rest of our games with the frantic hunger (some may say like headless chickens - but that would be being harsh) that we showed for a lot of the second half, we'll score a shed load of goals this season. Ono's introduction at half time displayed once again his importance, and at 2-0 on 55 minutes, but with the bit between our teeth, Sho Ito's shot thundered off the bar. It would be the defining moment and turning point in the game. Why? Because Kobe went straight down the other end and made it three, pretty much ending any hopes of a comeback.

We still managed to create several good chances, including hitting the woodwork again, but it just wasn't going to happen. While we continued to create chances, we left ourselves woefully exposed at the back and time and and again Kobe capitalised. I didn't think Okane had the most inspiring of full starts, but give the lad time. I'm looking forward to Hiraoka's return from injury, though.

Well, next week we're away at Omiya and need to avoid defeat as a matter of some urgency. I don't doubt we will, and I bet the boss had a few choice words for the lads after yesterday's game. It's going to be this type of season, and we're all aware of it, so most supporters are doing just that - supporting while we find our feet. 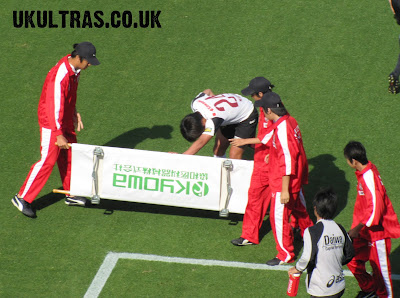 Time wasting at 4-1 with ten minutes to go 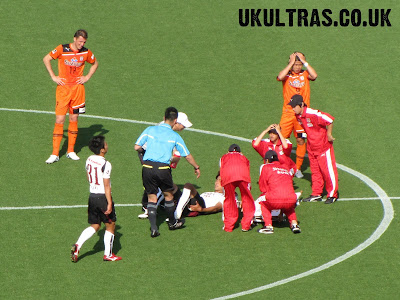 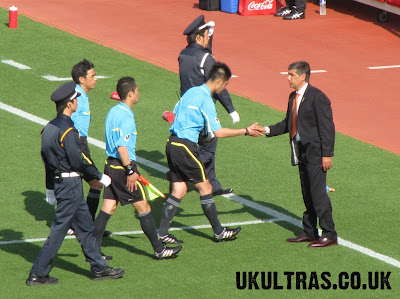 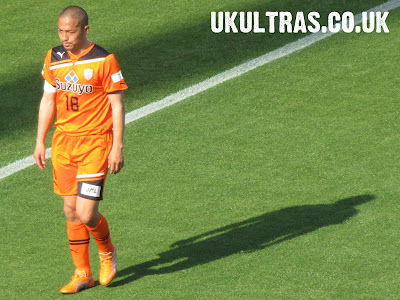 Know how you feel, mate 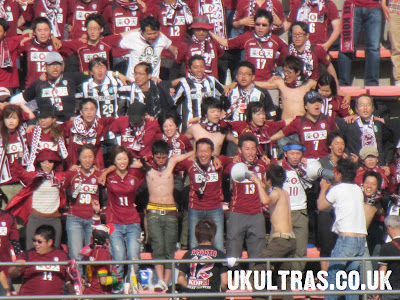 Well, I'm glad someone had a good time
Videos

Reaction from the home fans.