It was wet, then cold, then windy and cold. I need to put my feet up with a beer. In a nutshell, Consadole were really hard to play against. The wind played a huge part and we came away from a potential banana skin with full points and a clean sheet.

Sapporo came to work hard and didn't let us play our game in the opening exchanges, but on today's evidence, they will struggle this year. If for other reason than the sheer number of missed passes (the wind notwithstanding), but they panic the moment they're under pressure, and were very easy to dispossess.

A result of the visitors' doggedness, the slippery conditions and the wind, it was a game of very few chances and pretty disjointed football. We brought on Kobayashi at half time to work beside Ono at sculpting out more opportunities and it had almost immediate effect. Daigo and Ono created the move which cut through Sapporo and gave Toshiyuki the chance to double his tally for the season. After a year of finding his range, this term looks like he's a lot more on target.

We couldn't find a second goal, and despite a late flurry of activity from Consadole, the game ended 1-0 to us. Not a great game, but we won and at this early stage of the season getting points on the board is what counts. Ono was taken off early again, and Takahara was rested. Taka isn't 100% yet so it's not worth rushing him back. Ono too doesn't need to be pushed into a full 90 minutes before he's ready, and we need to be able to play without him.

Well, next up, Niigata at home in the league cup on Wednesday. We've been told to expect some surprises, so maybe a début for the 2011 Asian Youth Player of the Year, Ishige? He just signed his first pro contract with us this last week, so no reason why not! Watch this space. 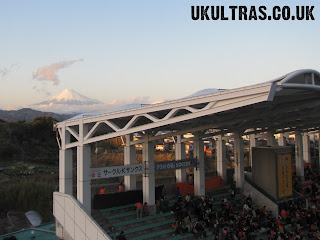 It's a Shizuoka thing 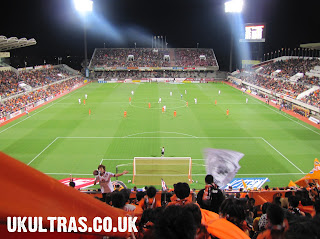 Really decent turn out given the all day rain 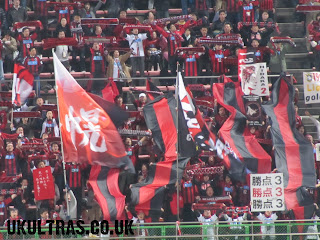 Excellent following down from Hokkaido 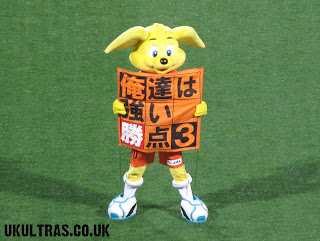 Highlights from NikoNiko. Click the little speech bubble at the bottom right of the video window to lose the scrolling comments.

You must be worn out,Barry. Good job. All we do is win!

Thanks, mate! Yeah, I'm especially tired today because of the cold and rain. Under the kotatsu now, though! :))

Is kawai injured btw....that would bad for our prospects

Hi Barry
As Twitter doesn't let me send messages to people not following me, I'm answering your message here.
I really enjoyed the news. In Iran, many people as me love Afshin because of both his managerial skills and personality. Unfortunately a few but influential groups hate him exactly because of these things! So, I'm really happy that Afshin is there, among you and other Shimizu's fans supporting him very well! Afshin had great moments here, like when his team, Perspolis got the most important trophy (similar to your J1) in the last moment of the season, when his team could score his second goal against Sepahan on 96th minute of the last game. Before that goal Sepahan was the champion! Then 100,000 people in the stadium and millions in their homes watch the game live! You yourself should watch that historical moments!
http://www.youtube.com/watch?v=WKHUd4VV7cM
I really hope that you and other Shimizu's fans experience such beautiful and great moments:)
If it's possible, could you tell me a bit more about the meeting and what happened there? Here, many are eager to know about Afshin in Shizuoka:)

I contacted you via Twitter again, and I followed you so you can direct message me. :)

I checked out that video before actually - amazing scenes, and like you I really hope to have some like that at Nihondaira!!