Well, if you're going to travel over 6000 miles for a 0-0, it had better be a good one. Luckily for me, it was, and while we rode our luck one, two, three - I lose count how many times, Nishibe played a blinder, we didn't concede, and we go through on away goals. 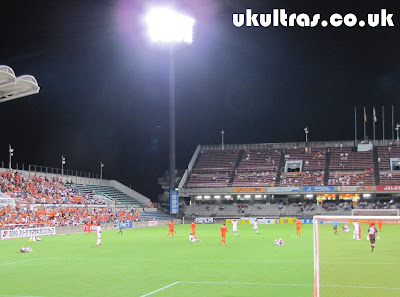 Full time
Tokyo will feel they should have won this - and on shots and chances, they should. They hit the bar and post I forget how many times (that said, we also rattled the woodwork once or twice) but just couldn't find a way through. As time went on, their desperation started to tell as the mistimed balls and over-hit passes increased in number. 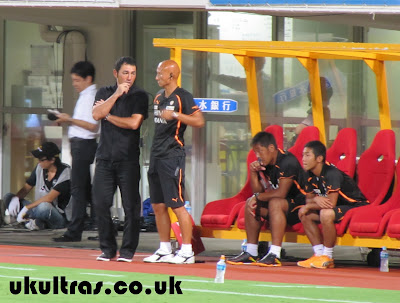 Kenta thinks things over with Kazuaki
For our part, we were without both Okazaki and Fujimoto, whose 19 goals between them have seen them both called up to the national team, so with the untried top three of Hyodo, Johnsen and Edamura, I guess things were always going to be a bit on the slow side. We did carve out a few good chances, and Teru had a good game. He'll play to see his 500th appearance yet. 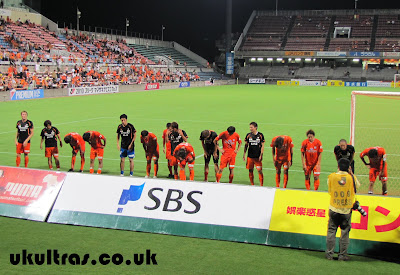